The rendition was recorded for BBC drama Peaky Blinders... 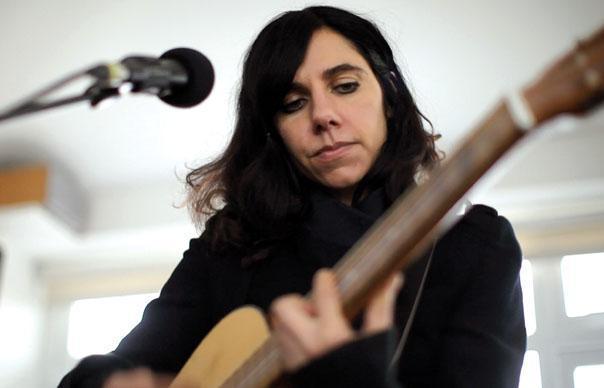 The rendition was recorded for BBC drama Peaky Blinders…

Harvey’s cover appeared in episode three of the BBC drama, which recently returned for its second series. Songs by Arctic Monkeys and Johnny Cash also feature on the soundtrack for the show, which featured music from Nick Cave and Jack White when the first series aired in 2012.

Speaking to BBC Radio 6, the Peaky Blinders music producer, and PJ Harvey producer, Flood revealed he felt compelled to seek her help after the show faced accusations of coming across as overly American.

“We’re trying to make it feel much more European and British and PJ fits that bill perfectly,” he said. “I phoned Polly up and she was very interested. We’re trying to deconstruct all of Polly’s material and then weave it through, it’s very cutting-edge and modern.”

Listen to Harvey’s cover of “Red Right Hand” below.