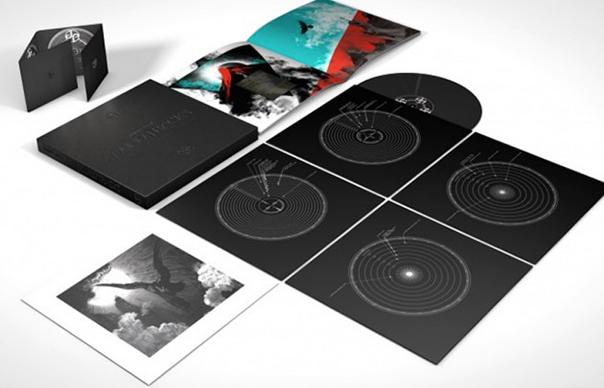 Jimmy Page has announced details of a special edition box set bringing together his compositions for the films Lucifer Rising and Death Wish II along with additional archive material.

Scroll down to hear clips from the box set, which will be released on March 6, 2015 and is available to pre-order now.

Lucifer Rising: The Second Coming and Death Wish II: Expansion will both include rare, never-before-heard tracks.

Three versions of Sound Tracks are available to pre-order on Page’s official website, including a CD or Vinyl edition, each comprising four discs, or a £400 limited Deluxe Edition, signed by Jimmy Page.

Page first told Uncut last year that this project was underway. He told us, “There’s something coming out which I’m really excited about. It’s the mix that I did [of Lucifer Rising] but I’m leaving the guitar on it, it’s got a 12 string that is the guide guitar showing me where I’m going to do the overdub. This isn’t what goes to [director] Kenneth Anger, because I didn’t want hardly any guitar at all. The mix is really really superb, I’m really proud of it. And I’ve got some experimental music that was done with bow and Theremin which is like, hang on to your seats, because it really, really is something else, it’s disturbing. I’ve got some home stuff that I did at the same studio or equipment that I did Lucifer Rising on, with sort of that whole guitar textures and overdubs. I think people want to hear that.”

Page has uploaded short clips of some of the tracks to his SoundCloud.

You can pre-order the Sound Tracks here.