The “Tryin’ To Get To Heaven” / "Mother" single is released today 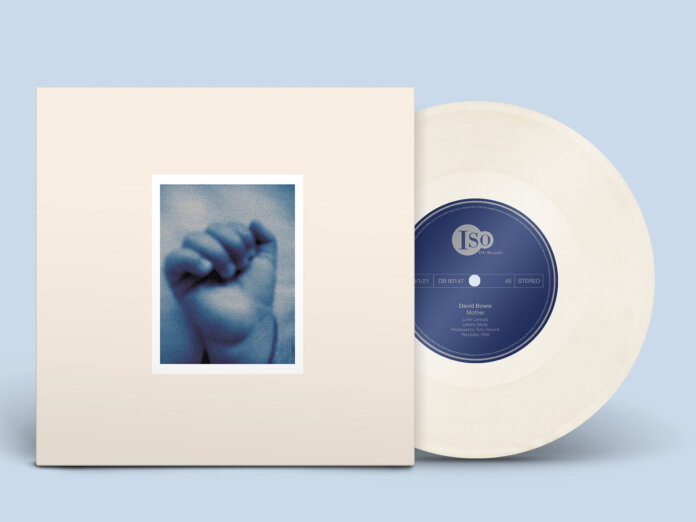 To mark what would have been David Bowie’s 74th birthday, his previously unreleased cover versions of Bob Dylan’s “Tryin’ To Get To Heaven” and John Lennon’s “Mother” – both recorded in the late-’90s – have been released together as a limited 7″ single.

The tracks are also available digitally. Listen to both of them below:

The 7” single is limited to 8147 numbered copies, referencing Bowie’s birth date of 8/1/47; the sleeve features a photograph of Bowie’s hand as a baby. 1000 copies will be on cream-coloured vinyl available only from the official David Bowie store and Warner Music’s Dig! store, with the rest on black vinyl. Order here.

You can read the full story about how David Bowie’s Bob Dylan and John Lennon covers came about in the new issue of Uncut, out next week! More details on the issue very soon…