Hear “Caught By The Heart”, a new song by Tim Finn and Phil Manzanera 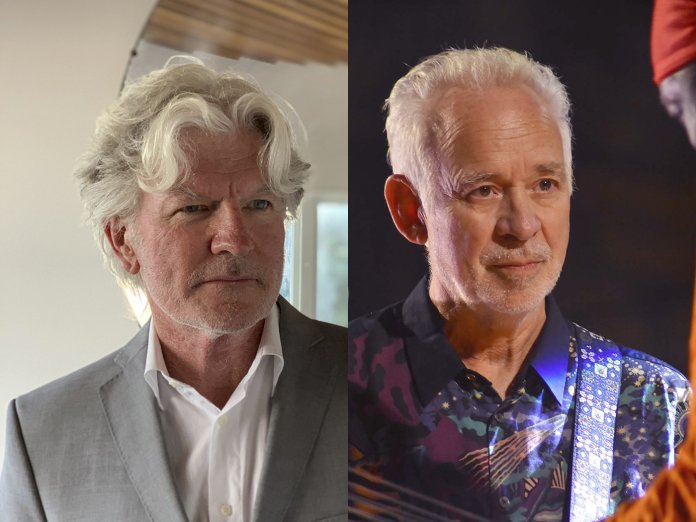 45 years after they first worked together on Split Enz’s Second Thoughts album, Tim Finn has reunited with Roxy Music’s Phil Manzanera for a series of EPs created 12,000 miles apart during lockdown.

The first EP, Caught By The Heart, will be released on June 18. Hear its title track, featuring Tim’s daughter Elliot Finn on backing vocals, below:

Says Phil Manzanera: “It’s a joy and honour working with Tim, one of the finest singer-songwriters of his generation. I couldn’t believe how prolific he is, how he makes songwriting seem so natural and instinctive. I’d send the music, and then within days, these beautifully sung songs would pop up… it was like Christmas every day! And we’re still writing.”

Adds Tim Finn: “The tracks that Phil was sending were instantly evocative and in a time of global pandemic represented a way of connecting emotionally with the countries first affected. Spain, Italy, France and the UK were all places I had travelled in, lived in and played concerts in. But now they were suffering and closed off. I started singing in Spanish and themes came freely. Sometimes I would write lyrics in English, translate them to Spanish, making changes for scan or rhyme which took me in new and unexpected directions.

“Phil’s music is always highly atmospheric and suggestive. He has a way of playing that is just the right side of elegant. My wife and children had also been playing Roxy Music in the car so Phil was present and vivid for me when I started writing these songs with him. A delightful and meaningful exchange between two old friends on opposite sides of the world.”

Among the musicians featured on the Caught By The Heart EP are Brazilian João Mello (sax), Cuban Frank Portuondo (bass) and British-Bahraini flugelhorn player Yazz Ahmed.