Happy Mondays are planning a new album, they have confirmed. The Manchester band's management told NME that they are working on a new record, which will be the first time all the original line-up of the band recorded new material album of new material since 1992's Yes Please!. 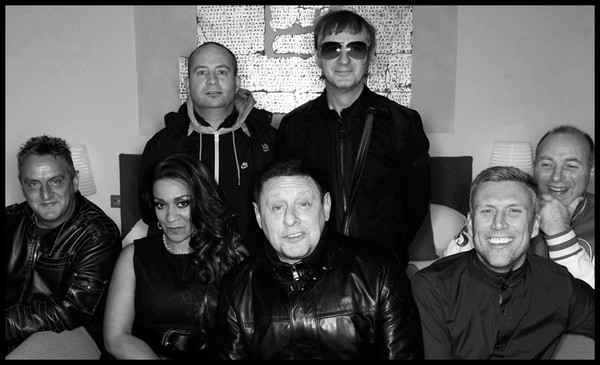 Happy Mondays are planning a new album, they have confirmed.

The Manchester band’s management told NME that they are working on a new record, which will be the first time all the original line-up of the band recorded new material album of new material since 1992’s Yes Please!.

Manager Warren Askew said: “Yes, we are now planning to record a new album, after the success of the tour and with the band all getting on so well. Shaun has been writing and the band have been getting together in the studio putting ideas down. I’m sure it will be a great Happy Mondays album.”

Rumours began to surface today after Shaun Ryder told the Press Association: “At first there was no chance of the original line-up doing another album and then it went to maybe and now it’s definitely gonna happen.” Now it transpires that work has already begun.

Happy Mondays announced they were reuniting with their original line-up in January for a May tour. In February, Bez announced that he wouldn’t be performing with the band on tour, but would instead act as compere and DJ at the shows.

The band were originally discovered at a Battle Of The Bands at Manchester’s Hacienda in 1985 and went on to release the seminal albums Squirrel And G-Man Twenty Four Hour Party People Plastic Face Carnt Smile (White Out), Bummed, and Pills ‘N’ Thrills And Bellyaches before disbanding after 1992’s Yes Please!.

They have reunited twice before, most recently in 2004, but without members of the most successful line-up Mark Day, Paul Davis, Rowetta Satchell and Paul Ryder. Paul had sworn he wanted nothing to do with the band again when they split for a second time in 2000.

The band have released five albums in total, with their most recent effort Uncle Dysfunktional coming out in 2007.