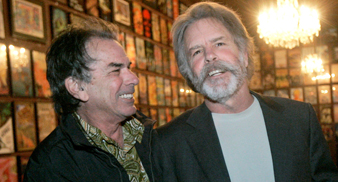 The four surviving original members of The Grateful Dead have confirmed that they will tour this Spring, their first series of shows in five years.

Bob Weir, Mickey Hart, Phil Lesh and Bob Kreutzmann will be joined by
Jeff Chimenti on keyboards and with Warren Haynes replacing late guitarist Jerry Garcia on guitar, the latter musicians who joined the band for the last tour in 2004.

The quartet who now go under the name The Dead, since Garcia’s death in ’95 will take their 19 “An Evening With” shows to 16 US cities starting on April 12 in Greensboro, North Carolina finishing on May 10 in Mountain View, California.

The exact tour dates and venues will be announced very soon.