Lawsuit is filed against Wolfgang’s Vault 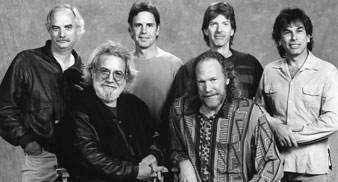 Rock legends the Grateful Dead and Led Zeppelin are are to take music memorabilia website, Wolfgang’s Vault to court. They claim the site’s owner William Sagan is illegally selling vintage recordings and memorabilia.

The plaintiffs, Grateful Dead Productions, Carlos Santana and members of Led Zeppelin and The Doors are attempting to get Sagan to stop selling the materials that he obtained from the estate of Bill Graham, a concert promoter who died in a 1991 helicopter crash.

Wolfgang’s Vault, based in San Francisco is a hugely popular memorabilia site that sells concert posters, shirts, photographs and recordings, but which the artists claim were never authorised for Sagan to sell and distribute.

Bob Weir, of the Grateful Dead, said in a statement, “We have never given permission for our images and material to be used in this way, what Sagan is doing is stealing. He is stealing what is most important to us – our work, our images and our music – and is profiting from the good will of our fans.”

Sagan has yet to comment about the claims, saying that he had not yet been served with the lawsuit.