Graham Nash on CSNY: “It would get pretty tense”

Another reunion unlikely as "no-one's talking to Crosby", he tells Uncut 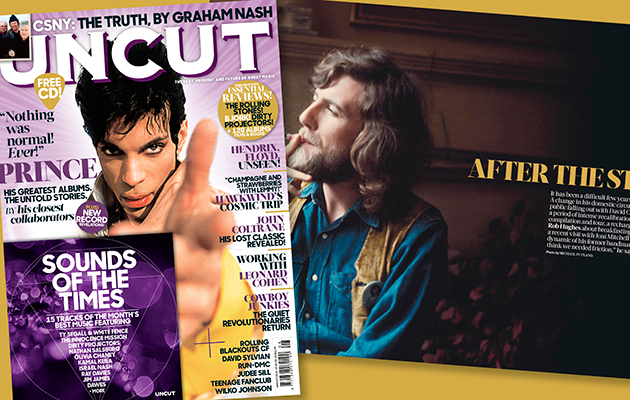 Talking exclusively in the latest issue of Uncut – on sale now – Graham Nash confirms that another CSNY reunion is unlikely for the time being.

“I’m talking to Stephen [Stills], I’m talking to Neil [Young] and no-one’s talking to [David] Crosby. So what can you do?” says Nash. “Crosby’s on his path and we’re on ours. So be it.”

Mulling over the suggestion that CSNY perhaps needed friction to prosper, Nash says: “I don’t think we needed friction, it was just there. It would get pretty tense, occasionally. But the music is the most important thing about us. And the truth is that if we never make another note of music together again, at least look what we achieved.”

When asked what it would take to get CSNY back together, Nash says: “It’s really simple. We have to like each other.”

Read much from Graham Nash on CSNY, Joni Mitchell and his new retrospective compilation Over The Years… in the August 2018 issue of Uncut, on sale now.