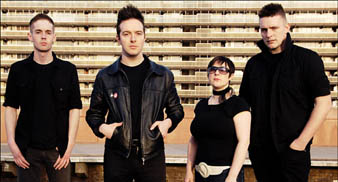 Glasvegas have given their second album ‘EUPHORIC /// HEARTBREAK \\\’ a release date of April 4.

The album will feature 11 new songs including ‘The World Is Yours’, which is set to be released as a free download on Sunday (January 16).

It was recorded in Los Angeles last year with further studio sessions in London with producer Flood (U2, Depeche Mode).

‘Pain Pain, Never Again’
‘The World Is Yours’
‘You’
‘Shine Like Stars’
‘Whatever Hurts You Through The Night’
‘Stronger Than Dirt (Homosexuality pt.2)’
‘Dream Dream Dreaming’
‘I Feel Wrong (Homosexuality pt.1)’
‘Euphoria, Take My Hand’
‘Lots Sometimes’
‘Change’