The producer will pick up bass for tribute band’s show 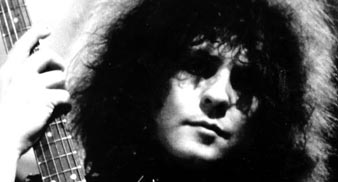 Visconti, who produced seven albums for T-Rex in the 70s, and famously had the bright spark idea to shorten the band’s name to T-Rex, although Bolan claimed otherwise

The tribute band are now in their tenth year of touring, are marking the 30th anniversary of Bolan’s death with a special Re-born and Bopping” show.

T-Rextasy with Tony Visconti are on stage tonight at 10pm. Tickets cost £15.

“Tony Visconti, The Autobiography” is out now through HaperColins.