'The Last Holiday: A Memoir' comes out on Martin Luther King, Jr. Day 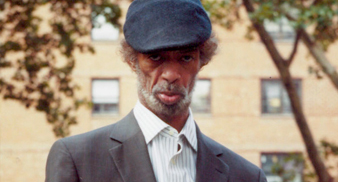 Gil Scott-Heron‘s autobiography, The Last Holiday: A Memoir, will be released on January 16, 2012 through Canongate Books.

The influential musician and poet passed away in St Luke’s Hospital, New York on May 27 of this year. He was 62.

The Last Holiday will detail Scott-Heron’s part in the civil rights movement, as well as his 1980-81, tour with Stevie Wonder.

Scott-Heron and Wonder both campaigned to have Martin Luther King, Jr.’s birthday recognised in the United States of America as a national holiday.

The book is released on Martin Luther King, Jr. Day – which is observed on the third Monday in January – in tribute, reports The Wire.

After starting his recording career in 1970, Gil Scott-Heron‘s output spanned soul, jazz, blues and the spoken word. His work had a strong political element. ‘The Revolution Will Not Be Televised’, perhaps his best-known track, critiqued the mass media of the 1970s.

He was one of the first artists to use his music to speak out about the apartheid in South Africa. Scott-Heron went on to influence generations of musicians, both inside and outside hip-hop.