George Harrison To Be Star Of New Scorsese Documentary 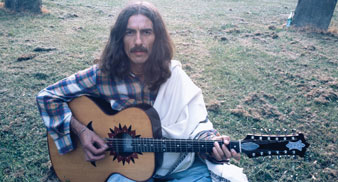 Martin Scorsese has confirmed he is to direct a documentary about the life of George Harrison.

The acclaimed director, whose documentary on Bob Dylan, “No Direction Home”, was released to critical acclaim in 2005, will also work with Olivia Harrison, who will act as a producer on the film.

Scorsese is keen to focus on the spiritual aspects of Harrison’s life, saying that the late Beatle’s “music and his search for spiritual meaning is a story that still resonates today”.

The Oscar-winning director also told Variety he was “looking forward to delving deeper”.

Harrison’s widow Olivia added: “It would have given George great joy to know that Martin Scorsese has agreed to tell his story.”

The guitarist died in 2001 from lung cancer which had spread to his brain.

Scorsese is currently working on a concert film of The Rolling Stones, titled “Shine A Light”. The film is set to be released in spring 2008.