"The world is a little less funky" 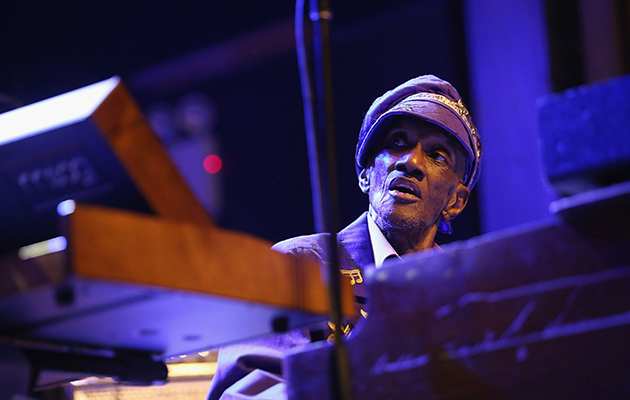 George Clinton has paid tribute to his Parliament-Funkadelic bandmate Bernie Worrell, who died on Friday [June 24].

Worrell, who was 72, had been suffering from lung cancer. Clinton has since released a statement to Billboard.

“This is a huge loss,” said Clinton. “The world of music will never be the same. Bernie’s influence and contribution – not just to Funk but also Rock and Hip Hop – will forever be felt. Bernie was a close and personal friend and this is a time of sadness for me personally. P-Funk stands with his family and fans alike in mourning this loss.

“The world is a little bit darker and a little less funky without Bernie in it.”

Worrell joined Clinton and Parliament-Funkadelic in 1970, appearing on albums including Maggot Brain, Mothership Connection and One Nation Under The Groove.

In 1980, Worrell was invited to join Talking Heads live band and ended up staying as the band’s keyboardist and unofficial member until their 1992 breakup.

Speaking to Uncut in 2015, Worrell recalled his time with Talking Heads:

“I’d been with P-Funk for about ten years, and I think Talking Heads modelled their larger line-up around ours; they told me they used to sneak into our shows, they were all fans of P-Funk. They took the concept of multi-rhythms, integrated it, got the rhythm thing more energetic, and got more people involved. Jerry [Harrison] didn’t play funk: that’s what they wanted, the black rhythms. So I brought my feel into things, like the clavinet intro to ‘Life During Wartime’, and I’d suggest things they could do on guitars. I would coach what they would do. I had been musical director of P-Funk for years, so it was good to be able to sit back and just play.

“Nona Hendryx joined up too, and I brought in Lynn Mabry from the Brides Of Funkenstein, we made it a party! Talking Heads were a bit stiff when they started out, they admitted that to me. That’s why we injected the brotherhood, that’s what I brought to them. Those rhythms got to them, it became a unique combination of David [Byrne]’s quirkiness – he’s a conceptualist, like George Clinton – and the rhythms.”

Bernie Worrell- That dude had a real, lasting impact on popular music. Without him, so much would sound so very different & way less funky.

Bernie Worrell R.I.P. The greatest of all time. The world is permanently less funky, less… https://t.co/43oC6M6K0u

This year is a Motherf&@%er! #BernieWorrell has now left us. I thank God for our last phone… https://t.co/3Jbm3caMYd