Florian Schneider calls time on the electro outfit after 40 years 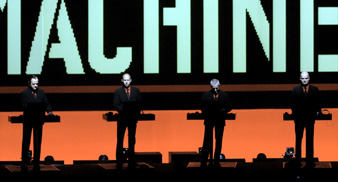 Kraftwerk founder member Florian Schneider has quit the band, according to a posting on the band’s official fan site.

Schneider, one of the last two co-founders along with Ralf Hutter, of the legendary German electro act, has given no reason for his departure, but is now understood to be working on a solo venture.

Kraftwerk are still due to support Radiohead when they tour Central and South America.