Former Supergrass singer Gaz Coombes: ‘I don’t want to be in a band’

Former Supergrass frontman Gaz Coombes has said that he is relieved to have gone solo and doesn't miss being in a band. 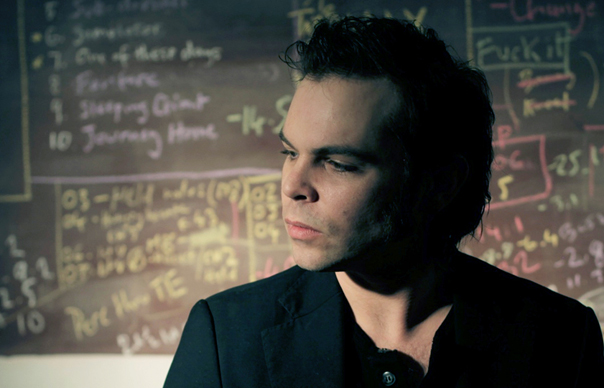 Former Supergrass frontman Gaz Coombes has said that he is relieved to have gone solo and doesn’t miss being in a band.

Coombes is set to release his debut solo album ‘Here Come The Bombs’ on May 21, with a single ‘Hot Fruit’, preceeding it on May 14. You can stream his new track ‘Sub Divider’ now by scrolling down to the bottom of the page and clicking on the link. The track is his first new material since Supergrass announced their split in June of 2010.

Speaking to NME, Coombes said: “With my solo album I’m making the kind of music I want to make. I don’t have to have a discussion with a bandmate where I’m trying to convince them of the direction I want to go in. Right now I don’t want to to be in a band or anything like a band.”

He continued: “I get a bit anxious because of my experiences. I don’t want to sound negative, because it was great to spend 18 years in a band with guys I love. But I’m happy doing what I’m doing now.”

The singer told us that the new album was influenced by the soundtrack work of John Barry and John Carpenter. “In terms of experimenting with sounds, using synths and finding sounds, I was looking to soundtracks,” he said.

Coombes added that he would love to collaborate with Tim Burton on the visuals for the project. “He’d do some great, strange animation for it,” he said.

Speaking about the track ‘Sub Divider’, Coombes explained: “It has two distinctive sections. It doesn’t have a verse or chorus part. It’s one of my favourites, it’s about identity.”