Canadian singer will bring new album 'Metals' over in the Spring 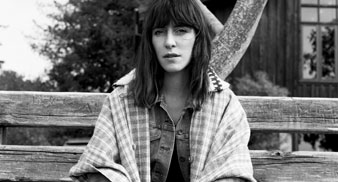 Feist has announced two UK shows for March next year.

The singer, who released her fourth studio album ‘Metals’ last month, will play dates in London and Manchester next year.

‘Metals’ is the singer songwriter’s first album for over four years and includes recent single ‘How Come You Never Go There’. It was recorded in California‘s picturesque Big Sur area, with co-production from Chilly Gonzales, Mocky and Valgeir Sigurðsson (Bjork, Bonnie ‘Prince’ Billy).

The record is the follow-up to her hugely successful album ‘The Reminder’, which included the hit singles ‘1234’, ‘I Feel It All’ and ‘My Moon My Man’.

Tickets go onsale on Friday (November 11) at 9am (GMT). To check the availability of [url=http://nme.seetickets.com/Tour/Feist?affid1nmestory] Feist tickets[/url] and get all the latest listings, go to [url=http://www.nme.com/gigs]NME.COM/TICKETS[/url] now, or call 0871 230 1094.