Faith No More Confirmed To Play Reading and Leeds Festivals 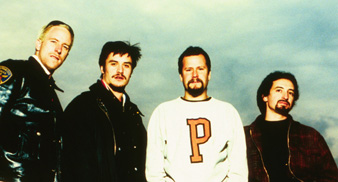 Faith No More have been confirmed to headline the NME/Radio One Stage at this year’s Reading And Leeds Festivals following a triumphant show at this weekend’s Download Festival in Donnington on Friday (June 12).

Faith No More will play the Reading site on Friday August 28, then at Leeds on Sunday August 30. The sold-out festival is set to be headlined by Arctic Monkeys, Kings Of Leon and Radiohead.

At Donnington, a red-clad eccentric Mike Patton led the band through their first major festival show since FNM’s1998 break-up, with a hit-laden set which spanned their 28 year career. Crowd-pleasers included “Easy”, “We Care A Lot” and even a cover of Lady GaGa’s “Poker Face”.