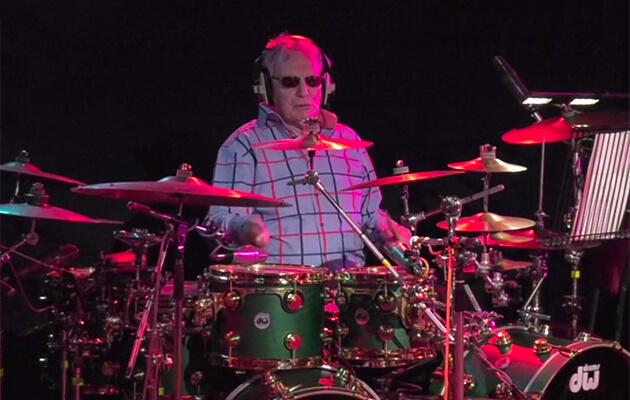 The final project Ginger Baker played on before he passed away last month was an album and DVD of Cream reworkings going under the working title of Cream Acoustic.

The project was put together by record label QVR with the help of Cream lyricist Pete Brown. As well as Baker and Brown, it features Jack Bruce’s son Malcolm alongside an all-star cast which includes Bobby Rush, Joe Bonamassa, Maggie Bell, Bernie Marsden, Clem Clempson and Pee Wee Ellis.

Cream Acoustic is due out early in 2020 on QVR. You can read an obituary of Ginger Baker, with a contribution from Pete Brown, in the new issue of Uncut – details here.