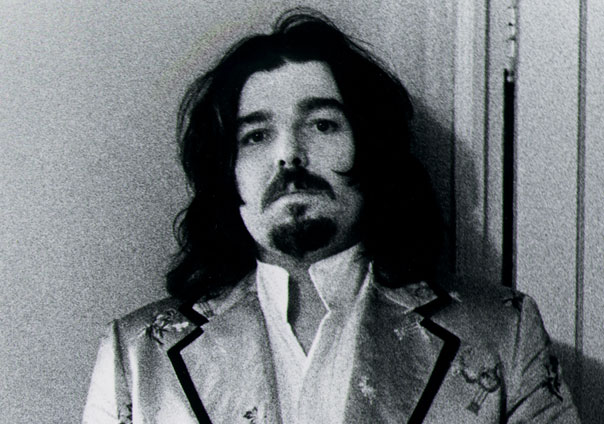 A new box set showcasing recordings Captain Beefheart made in the early Seventies is due for release.

Sun Zoom Spark: 1970 To 1972 features newly remastered versions of three albums that Beefheart and the Magic Band released during that period – Lick My Decals Off, Baby, The Spotlight Kid and Clear Spot – as well as an extra disc of alternate versions.

Scroll down to hear a previously unreleased take of the track, “Little Scratch“, which appears on the fourth disc of outtakes.

Long-time Magic Band guitarist strong>Moris Tepper, first met Beefheart [aka Don Van Vliet] at the Troubadour in Los Angeles during the Clear Spot tour. He stayed in the band until 1982. Speaking to Uncut, Tepper reveals that aside from the alternative versions that appear on Sun Zoom Spark, there is also a trove of unreleased Beefheart material.

“I can name a dozen songs right now that I wanted to record with him but which never got recorded,” says Tepper. “They exist maybe more as poems than as songs. He had music for a song called ‘Your Love Brought Me To Life’, I think it was published in a book in Germany. We had worked on a song called ‘Child Ecologist‘ which was another symphony. He’d done something before I ever met him called ‘Big Sur Suite’ which was an incredibly beautiful piece of music, this huge, thematic, movie kind of theme and gorgeous words. He probably had more unrecorded, undocumented works than recorded works. He’s an artist.

“I have met since met and worked with PJ Harvey and Tom Waits, but none of them have come close to the constant creation of this guy. I was with him for years, and got ten minutes of sleep, because he would knock on my hotel room door: he was always awake, he was always recording and he was always drawing. He was always talking to people and getting something from the conversation and turning it into something, a piece of work – I never met someone who was as in their muse all the time.”

Tepper also explains that box sets like this one don’t quite tell the full story. “An artist like Tom Waits, he’ll write a song and try that song in a tango, he’ll try that song in a waltz, and he’ll try it really slow and really fast – he really goes and tries many arrangements for it, to find the best suit of clothes for that song. I didn’t ever see that happen with Don – he may have re-recorded a song with another band, but it wasn’t a totally different take on the song, more an attempt to recreate what he already had.”

Sun Zoom Spark, however, does contain Tepper’s favourite album, Lick My Decals Off, Baby. “Someone once played me that record without the vocals on it, and I think it’s some of the most deep music I ever heard. It’s just the crystallization of what he was doing: the tree bark screaming at the sky, while telling stories about the destruction of the earth. Doc was the best of the version of the band I was in, it sounded like what happened on TMR got even heavier and deeper on that next version of the artist. It was the most innermost version of his sound.”

Sun Zoom Spark is released through Rhino on November 10, 2014. You can pre-order the album from Amazon here.