Evan Dando and Lily Allen turn out for charity album

You may recently have seen posters advertising an album called Tarka & Friends: Life and wondered rather dopily if it didn’t have something to do with riverbank wildlife, not too many people of your acquaintance called Tarka. 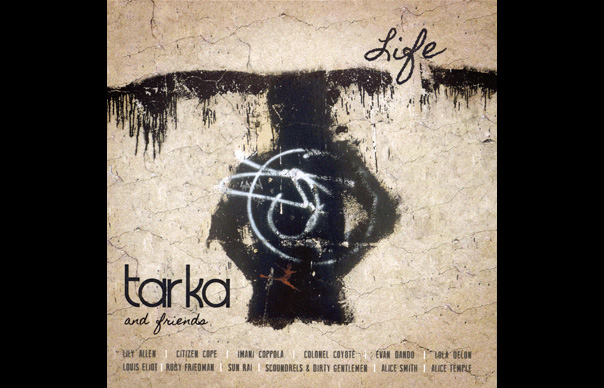 You may recently have seen posters advertising an album called Tarka & Friends: Life and wondered rather dopily if it didn’t have something to do with riverbank wildlife, not too many people of your acquaintance called Tarka.

As it’s since been explained to me, the Tarka of the album’s title was Tarka Cordell, a musician and son of record producer Denny Cordell [Joe Cocker, Procol Harum, The Move, The Moody Blues], who grew up around the likes Bob Marley, Gram Parsons and Keith Richards, and lived in his younger years at the legendary Chateau Marmont hotel in LA.

He was by all accounts handsome and charming, counted Kate Moss, Sophie Dahl and Evan Dando among his closest friends and frequented the hottest nightspots on both sides of the Atlantic. An aspiring and talented musician, he spent a lot of his time in the studio working on various musical projects throughout his life, not surprising, considering his musical heritage, but all was not what as it seemed. At the age of 40, Tarka took his own life.

Only now is his musical output available to the public in the form of tribute album Tarka & Friends: Life, which features Dando and Tarka’s sister in law, Lily Allen, among others, putting voice to the tracks he never saw released. It is a tender and touching compilation of songs, not least because of Tarka’s death. It illustrates the many sides of Tarka, both as a lyricist and as a fallible human being. He clearly felt comfortable expressing his inner-most thoughts through music, yet still felt unable to face the world, day to day.

It’s always complicated when someone so young, so talented and surrounded by loving family and friends takes their own life. It raises a myriad of unanswered questions for those left behind, not least why someone with so much to give could be so bereft of hope that they no longer want to go on living. It is particularly difficult to understand why someone so comfortable sharing their inner most thoughts through lyrics and music, could find it so hard to seek help and talk in the real world. This is not an uncommon situation.

The male suicide prevention charity CALM, one of two charities benefiting from money raised by the album, have long held the notion that men find it infinitely more difficult to openly talk about their problems than women. It’s not that men are unable to do so. There are many centuries of poetry, literature, art and music showing that men are not emotionally illiterate – quite the opposite. Many men are more than able to express themselves through music and creativity, but may struggle when they don’t have the safety net of lyrics or harmonies to fall back on.

CALM have talked to many well-known musicians over the years, such as Frank Turner and Professor Green, who have themselves experienced depression or been affected by suicide, and have expressed the notion that music is a great catharsis. What CALM aim to do is to create a society where men can feel comfortable talking to a partner, friend or colleague about their problems when lyrics aren’t enough, because until they do, over three quarters of suicides in this country every year will continue to be men.