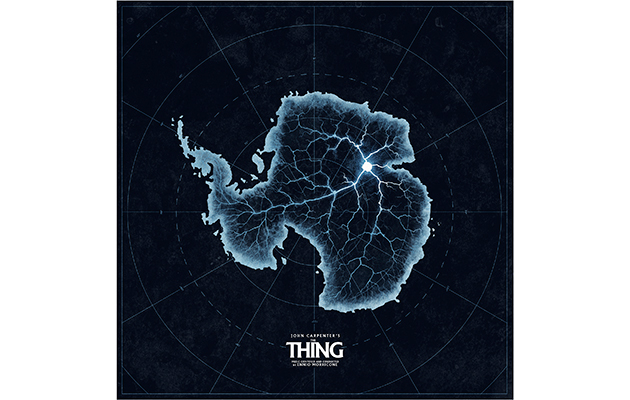 To mark the 35th anniversary of John Carpenter‘s horror film, The Thing, Ennio Morricone‘s score is to be given the deluxe vinyl reissue treatment.

Due on February 24 from Waxwork Records, the soundtrack has been re-mastered from the original tapes and is available in two different editions: a deluxe “Trapped In The Ice” edition and a standard “Snow” edition.

The Thing is one of the very few films directed by Carpenter where the director didn’t also compose his own score.

In Uncut’s February 2015 issue, Carpenter explained how Morricone came to get the assignment. “Because he is a genius! First of all though, the studio didn’t even consider me for it, but then I got to have him! And it’s the same thing with Starman and Jack Nitzsche – God he is a genius. He was unbelievable – what a composer!”

“I knew that he was also a composer,” Morricone told Uncut. “He came to Rome to show me the film, and then as soon as I saw the film he went away. He never discussed anything with me at all, so I went to Los Angeles to record. He selected a piece that was unlike all the other pieces of music I recorded; it was an electronic piece of music. That was quite strange.”

Here’s the tracklisting for the two editions:

Deluxe “Trapped In The Ice” Edition