The End Of The Road festival: latest line-up additions revealed 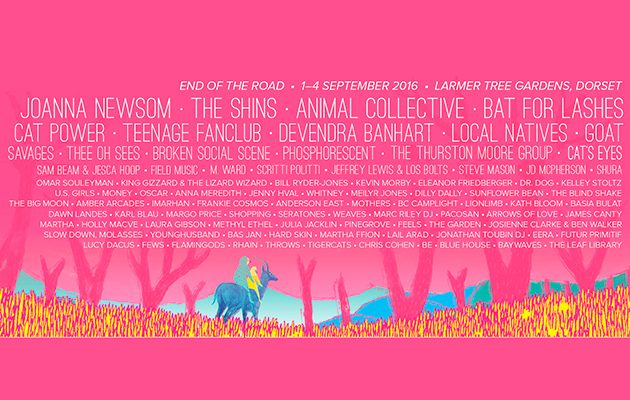 The Shins will play their first UK show in over four years and their only UK festival in 2016 at this year’s End Of The Road.

End Of The Road will also be teaming up with Rough Trade Shops in May for a string of events. Both Rise in Bristol and Rough Trade East in London will be hosting a pop up festival merchandise shop to help celebrate the release of the annual End Of The Road / Rough Trade compilation album, which is now in its fourth year this year. The tracks are from artists playing at this year’s event.

You can pre-order the compilation by clicking here.

End Of The Road recently announced their Comedy Stage line-up, which features Stewart Lee, Arthur Smith and Josie Long among others.

They join the festival’s musical bill who include Teenage Fanclub, Thurston Moore, Savages and Scritti Politti.

This year’s headliners are Joanna Newsom, Animal Collective and Bat For Lashes.

The festival takes place between September 2 – 4 at its ususal home in Larmer Tree Gardens.

Uncut will be hosting events in the Tipi Tent Stage again this year; check back here for updates.

You can find more details about tickets and the line-up at the festival’s website.