Glastonbury organiser Emily Eavis has revealed that Led Zeppelin and Adele are at the top of her dream list for future headliners. 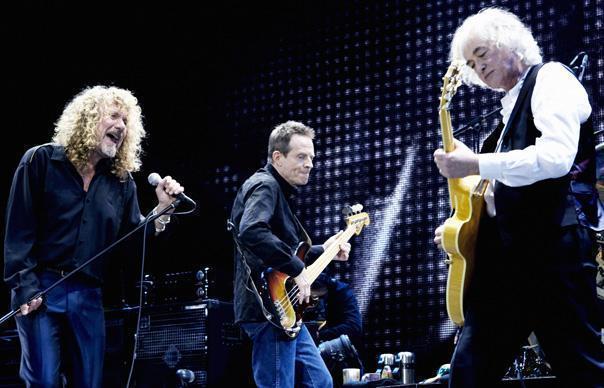 Glastonbury organiser Emily Eavis has revealed that Led Zeppelin and Adele are at the top of her dream list for future headliners.

Speaking to the BBC, Eavis was asked if there was a Post-it note on her fridge with her dream list written on. She replied: “Yeah, it’s on a napkin actually. On the fridge, there… We would love to have Adele. And we’d also love to have Led Zeppelin. I mean Zeppelin have got to do it haven’t they? It would be so good wouldn’t it.”

She also spoke about the long process of getting The Rolling Stones to headline the Worthy farm bash, which they will do for the first time this year. “I think there have been conversations for forever,” she said. “Since the beginning probably…Well, I think probably the last 20 years at least. A long time. The actual serious conversations have been taking place since the end of the last festival really. I think people have sort-of envisioned this real struggle or fight or problems with money or whatever, which hasn’t been at all the case. They have totally played, they’re really up for it. They know what it is about and understand that everyone gets the same and we only got confirmation for it about 24 hours before they announced it.”

It was recently confirmed that only an hour of the Stones’ two hour headline set at next weekend’s festival will be broadcast on the BBC, the festival’s official TV media partner. “It’s taken a long time to get them to come and play,” Michael Eavis said. “Everyone wants to see the Stones, basically. I think Mick Jagger wanted to play to the people here, rather than a TV show. They’re going to be playing for about an hour for the TV.”

The end of the band’s set – which will run for a total of two hours and 15 minutes, from 9:30pm to 11:45pm on June 29 – will be seen by festival attendees only, and will include a fireworks display. Eavis also said that the Pyramid Stage area has been extended to make sure the site doesn’t become overcrowded during their performance, though he added he is still concerned about how popular the set will be, saying: “There might be a problem with the size of the crowd so it’s slightly worrying for me, in a way.”