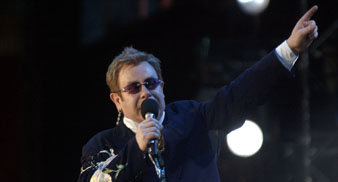 Produced by frined and photographer David LaChapelle, Elton has procliamed that he “Can’t wait to spend New Year’s Eve with 17,000 of my biggest fans.”

The singer is also set to play the following UK live shows, starting next week (November 19) and has so far announced one date for next June.