Elbow have said it was a "massive thing" to be asked to write a song for the Olympics in an exclusive interview taken backstage at Isle of Wight festival last weekend. 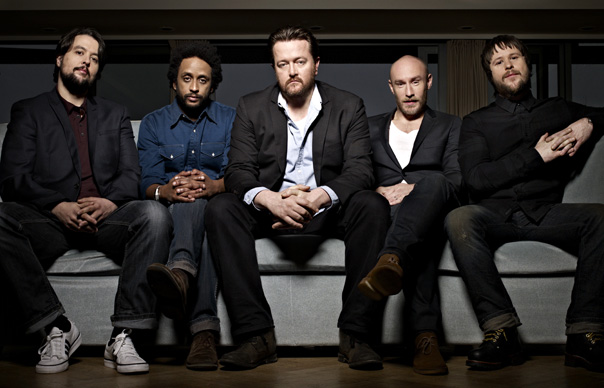 Elbow have said it was a “massive thing” to be asked to write a song for the Olympics in an exclusive interview taken backstage at Isle of Wight festival last weekend.

Speaking of their track “First Steps“, which will soundtrack the BBC’s coverage of the momentous sporting event, keyboardist Craig Potter said: “The closer the Olympics get, the more exciting it is and the more we realise what a massive thing it is to be asked to do that. So many people are gonna hear it and it’s going to be in the background of some momentous events, so we’re really proud of it.”

Bassist Pete Turner updated fans about the progress of their follow-up to Mercury Prize-nominated LP Build A Rocket, Boys!: “With the next album, we’re a little bit in there,” he said. “We’ve got about ten ideas we’re gonna work on and they’re sounding pretty good.” he added:

“There’s no title or release date yet, we’re just knocking around idea and seeing where it’s going. It’s quite groove-based initially and there are more guitars than we would usually do, but things always change.”

Elbow are playing at this year’s T In The Park, which is taking place July 6-8 in Balado Park, Kinross.