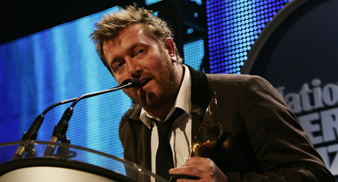 Elbow are set to play their biggest UK headline show ever, when they take to the stage at London’s Wembley Arena next Spring.

The band, led by Guy Garvey, who won this year’s Mercury Music Prize for their fourth album ‘The Seldom Seen Kid’, will play Wembley on March 14, 2009.

Elbow, this year played the mainstage at Glastonbury and Latitude Festivals, however, this will be the Mancunian group’s first ever UK Arena show.

Tickets for the show go on sale on September 30 and are available on line here.