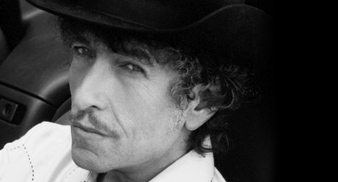 There have been plenty of rumours surrounding Bob Dylan‘s recording activities these past few months. But here, at last, is some hard fact. The great man has recorded a new version of “A Hard Rain’s A-Gonna Fall”.

The song will be used to promote next year’s world fair, Expo Zaragoza 2008, in northern Spain. A local band, Amaral, have been chosen by Dylan to provide a Spanish-language version of the tune, too.

The festival’s theme is Water And Sustainable Development. Expo Zaragoza president Roque Gistau revealed that Dylan’s contribution includes a spoken-word sectionon the importance of clean water across the planet.

“A Hard Rain’s A-Gonna Fall” will be heard on TV adverts for the festival, which will start appearing in Spain on December 17.