Duran Duran In Attempt To Save Planet Earth 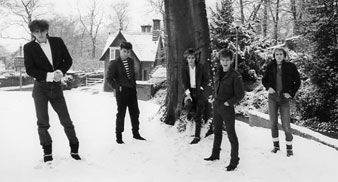 A series of seven Live Aid stlye concerts, entitled Live Earth, have been announced to take place across seven continents on July 7, 2007 (07/07/07).

The Live Earth shows will take place in London, Johannesburg, Shanghai and Sydney. Cities chosen in Brazil, Japan and the Eastern states of the US have yet to be confirmed.

The seventh show will take place in Antarctica, the first time a live event has taken place on the continent.

Organisers of the concert, include Kevin Wall, who produced 2005’s Live 8 concerts with Bob Geldof and Save Our Selves (SOS) hope that the concerts will reach an audience of 2billion, through the web, tv and radio.

Al Gore, leading the campaign to raise awareness, said yesterday: “The climate crisis will only be stopped by an unprecedented and sustained global movement. We hope to jump-start that movement right here, right now, and take it to a new level on July 7, 2007.

Gore has been raising awareness of global warming for some time. His film on the environment, “An Inconvenient Truth” is also in the running for two Academy Awards this year.

Only the first 25 artists that will play have been confirmed. Though it is expected that Coldplay, Muse and Oasis will play the show in London.

Muse already have a show planned that day in Ireland, but the Brit Award winners hope to reschedule it so that they can take part in the big day.

Rockers AFI, Fall Out Boy and Korn are also set to play alongside Snow Patrol, Keane and Bloc Party.

More details about the 24 hours worth of concerts and how to get tickets will be available soon.

Check back to Uncut in the coming weeks.