Band will join N.E.R.D and Groove Armada at London weekender 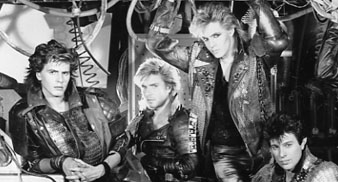 Duran Duran have been announced as headliners for London’s Lovebox Weekender on July 18.

Groove Armada will headline the Sunday night (July 19) of the festival, which they organnise annually. This year’s festival will take place on the weekend of July 18/19 at East London’s Victoria Park.

Other acts confirmed to play so far include N.E.R.D, Florence And The Machine, Ladyhawke, Friendly Fires and Simian Mobile Disco.