Duffy’s Debut Album Storms In At Number One 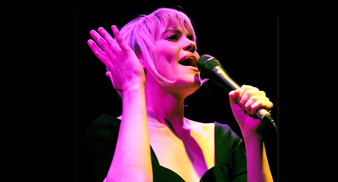 Duffy has reportedly sold more albums than the rest of this week’s top ten albums combined.

The singer’s debut single ‘Mercy’ has also remained at the top of the UK singles chart for a third week. As previously reported Duffy is the first British artist to debut at number one with sales based on downloads alone.

The singer, looking bashful of all the attention, played London’s opulant and intimate Bush Hall last week (March 6) as part of her debut UK tour.

Performing tracks from Rockferry, the songs oozed a Phil Spector Wall of Sound and Marvin Gaye-esque basslines courtesy of her impressive backing band.

Duffy showcased her debut album starting with the album’s title track with highlights including ‘Breaking My Own Heart’ and ‘Devotion’.

However the stand-out song of the soulful evening was non-album track ‘Tommorrow’, the classiest of the retro-sounding Motown feeling pop songs.

Duffy’s tour continues at the following venues, all dates are sold-out: