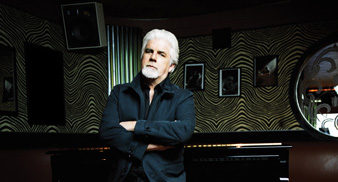 Known for distinctive voice and years spent in the blue-eyed soul groups like Steely Dan and the Doobie Brothers, the five-times Grammy winner released a new album of classic soul covers earlier this year.

Stevie Wonder‘s ‘Living For The City’, Jackie Wilson ‘Your Love Keeps Lifting Me Higher’ and Van Morrison‘s ‘Into The Mystic’ all feature on the album, Soul Speak.

“In those days if you wanted to be a musician you touched all that was out there,” said McDonald. “My style came as much from that great pool of soul singers as anything.”

Tickets are available from www.ticketline.co.uk