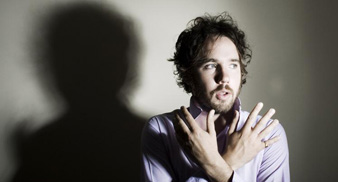 Core member of the ever expanding and contracting Broken Social Sceneplayers, Kevin Drew is to play a handful of UK shows this week, playing material from new ‘solo’ project ‘Spirit If’.

Other BSS core member Brendan Channing is currently holed up in Toronto recording the second of the ‘BSS Presents’ series.

‘Spirit If…’ was recorded over the last two years at Ohad Benchetrit’s house and was produced by Drew, Benchetrit and Charles Spearin.

The full track listing for the album is as follows:

The track TBTF is currently available as a free download here:
www.arts-crafts.ca/kevindrew

Kevin Drew is currently on a short UK tour, he plays: