Plus they confirm album release date 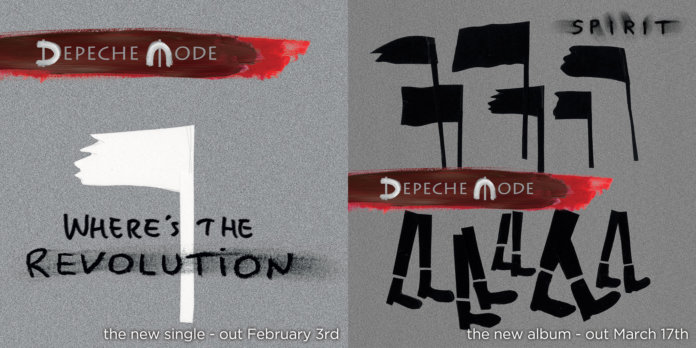 Depeche Mode will release a new single “Where’s The Revolution” on Friday, February 3. A video, directed by Anton Corbijn, will follow.

The track is the first new music from the band in four years and the first offering from their impending 14th studio album, Spirit, which will be released on March 17 on Columbia Records.

Spirit has been produced by James Ford and is the follow up to the band’s 2013 album Delta Machine. Among the tracks are “Backwards”, “Poisoned Heart” and “Scum”.

Speaking to Uncut, Dave Gahan said, “We wrote for most of last year – Martin [Gore] tucked away in his studio and me in my place in New York. I think sonically it’s got a fatter sound to it than Delta Machine. We were very lucky to get James Ford to produce this record. James made us work a lot faster than we normally would have. We’d got a bit self-indulgent over the years with the amount of time we spent in the studio. Sometimes you have to do that. But sometimes it can actually work against you. You have too much time to think about it. There’s 12 songs on the album. There could have been a lot more. Between us, there were at least 20 songs that were all good enough to be on the album. But James was very keen on making an album that was much more concise.”