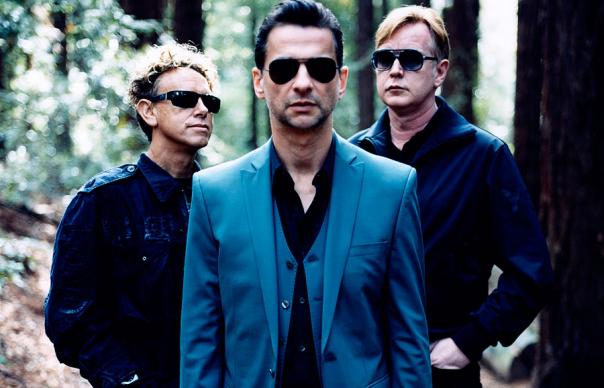 The album, which will be released on March 26 and was produced by Ben Hillier and mixed by Flood, is the band’s first release since 2009. ‘Heaven’ will be the first single taken from the new album and will be backed by remixes from Matthew Dear, Blawan, Owlle and Steps To Heaven.

In a press release, the band’s Martin Gore said, “Writing this album was incredibly daunting as I wanted the sound of this collection to be very modern. I want people to feel good about listening to this record, to get some kind of peace. It’s just got something magical about it.”

Dave Gahan added: “With this release we’ve completely shifted our idea of how to create an album. When we hit a wall where we realize the album is beginning to sound too normal, we’ll mess it up and really give it that organic Depeche Mode Sound. Delta Machine is no different, and I can’t wait for all of our fans to hear it.”

A deluxe edition of the album will include a bonus disc with four extra tracks as well as a photobook with pictures of the band taken by Anton Corbijn.

Depeche Mode recently announced two concerts at London’s O2 Arena in May 2013. They will play the venue on Wednesday, May 29 as well as playing the day before on May 28. These are currently the only UK dates the band have announced as part of a 34-date European tour, which will include appearances at Rock Werchter Festival in Belgium (July 7), BBK Festival in Spain (July 11) and Optimus Alive Festival in Portugal (July 13). A North American tour will follow later in the year.