The Scottish band are back by popular public demand 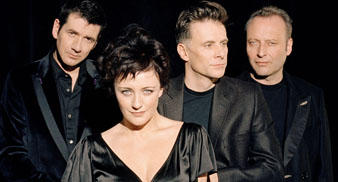 Deacon Blue and Amy Winehouse are the latest headline additions to this year’s Summer Pops festival at Aintree Racecourse this July.

They join the previously announced shows by OMD, James Morrison and OMD and more artists plus the special guests will be announced in the next few weeks.

Deacon Blue return to Summer Pops on July 5 after a sell-out performance at last year’s event – which even included a stage invasion by Liverpool football striker Robbie Fowler.

Deacon Blue front man, Ricky Ross, is looking forward to coming back to play, he said: “Liverpool was mad last year. I remember Robbie and Jamie (Carragher) were at the side of the stage and next thing I know, Robbie jumped on stage!”

Band member Ricky Ross also added: “The Liverpool date is always the one we look forward to most. It’s a great place to play and for us, Liverpool has it’s own special atmosphere. We’ve always felt a real affinity with the City and can’t wait to come back to the Pops.”

At their height in the late 80s, Deacon Blue was one of the most commercially successful British bands of the time scoring success with 18 UK Top 40 hit singles and 5 Top 5 UK albums.

BRIT Award winner Amy Winehouse will her Pops debut on July 4, performing tracks from her two albums “Frank” and “Back To Black” as well as a few surprise covers.

At a show in Liverpool last month, Winehouse treated the sold-out crowd to a rendition of local band The Zuton’s hit single “Valerie.”

Winehouse said: “Liverpool was wild, a fantastic audience and I’m looking forward to coming back in the summer.”

Tickets for both shows will go on sale this Friday (March 16) – tickets for previously announced shows are available now.