David Crosby on Joni Mitchell: “She was stunningly good, right off the bat”

In the new Uncut: the story of Mitchell's rise to fame, as told by her biggest champions 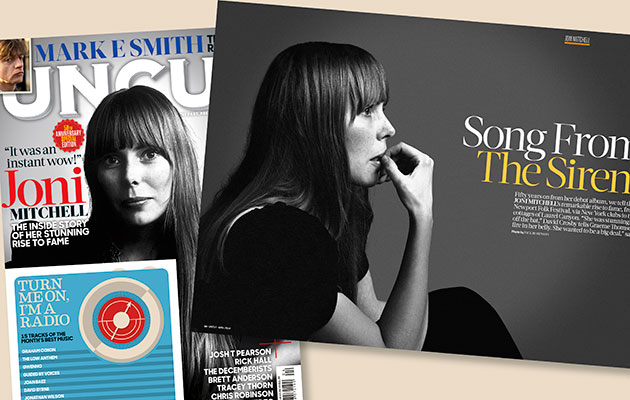 When David Crosby walked into the Gaslight Café in Miami’s Coconut Grove in the autumn of 1967, he encountered for the first time the willowy Canadian he still regards as “the best living singer-songwriter we have”. On the cusp of 24, Joni Mitchell had already composed songs like “Michael From Mountains” and “Both Sides Now”, flawless miniatures crafted from complex guitar figures, personalised poetry and intricate, unusual melodic twists. “She was stunningly good, right off the bat,” Crosby recalls in the new issue of Uncut – out today (February 15). “I was amazed. Amazed by her, of course, but also that there wasn’t a gigantic crowd of people saying, ‘Holy shit, did you hear that!’”

With help from Crosby – along with Judy Collins, Tom Rush, Buffy Sainte-Marie, Fairport Convention, The Incredible String Band and many more friends, confidants and collaborators – we map the arc of Joni’s rise from the Newport Folk Festival, via the clubs and theatres of London and New York to the hillside cottages of Laurel Canyon.

We hear revelations and stories behind Joni’s early years leading up to the release of her landmark 1968 debut album Song To A Seagull. 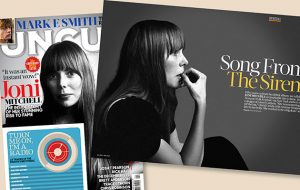 Tom Rush attests to have been “knocked off [his] feet” by Mitchell at an impromptu recital in Detroit. “I remember thinking at the time, she really had a fire in her belly. She wanted to be a big deal.”

Judy Collins was similarly “blown away” when Mitchell first played her “Both Sides Now” down the phone from Al Kooper’s apartment in May 1967. “It was an instant wow,” says Collins, who turned the song into a Top 10 hit, helping to establish Mitchell as the most important singer-songwriter of her generation.

You can read more in the new issue of Uncut, on sale now.

Elsewhere in the issue, we pay tribute to Mark E Smith and there are new interviews with The Breeders, Josh T Pearson, Brett Anderson, The Decemberists, Chris Robinson and many more. We also look at the legacy of Rick Hall’s FAME Studios. Our free 15-track CD features 15 tracks of this month’s best new music, featuring Graham Coxon, Gwenno, Guided By Voices, Jonathan Wilson, David Byrne, Tracey Thorn, The Low Anthem and Mélissa Laveaux.