The Dame's 1983 single is returning on seven-inch 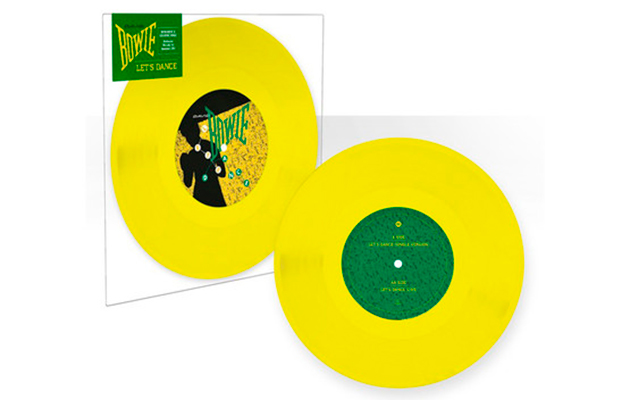 David Bowie‘s 1983 single “Let’s Dance” is being reissued on yellow vinyl, in a limited run of just 550 copies.

The single, released on July 16, 2015, will also feature a live recording of the song from Bowie’s Vancouver, Canada, show on the Serious Moonlight tour.

The seven-inch is coming out to coincide with the opening of the David Bowie Is exhibition in Melbourne, Australia, and will be available at the Australian Centre For The Moving Image (ACMI).

Meanwhile, Bowie will release “Fame” as a limited-edition picture disc on July 24, backed by an alternate mix of the fellow Young Americans album track, “Right“.

Recently, Bowie released a blue vinyl 7″ of the French-language version of “Heroes”, to mark the opening of David Bowie Is at the Philharmonie de Paris, and two 7″ singles on Record Store Day: a limited edition 7″ picture disc of “Changes” and a limited edition white/clear vinyl split 7″of “Kingdom Come” also featuring Tom Verlaine‘s version.