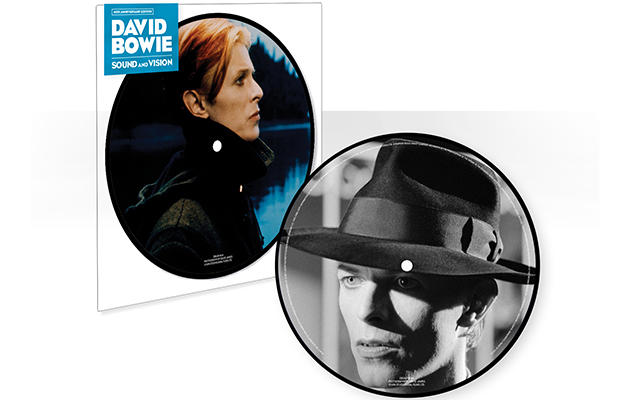 David Bowie‘s “Sound And Vision” will be released as a 7″ picture disc to mark the 40th-anniversary of the single’s original release.

The A-side features a brand new remaster of the track and the flip side sees the first physical release of the 2013 remix of the song. The stripped back remix by Sonjay Prabhakar was originally done for a Sony Experia advert and utilises the original lead vocals and Mary Hopkin’s backing vocal with a new piano part.

The track listing is:

The images used on the A and B sides of the picture disc are by David James and were taken during the filming of The Man Who Fell To Earth.

Meanwhile, a new documentary – David Bowie: The Last Five Years – will air on Saturday, January 7 on BBC Two between 9.00pm-10.30pm.

You can read our preview of David Bowie: The Last Five Years in the new Uncut – now on sale and available to buy digitally