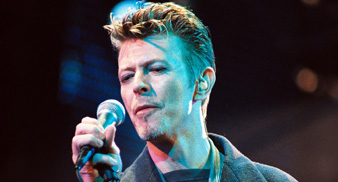 David Bowie has ‘most likely’ retired from making music, according to his biographer.

Paul Trynka, who has penned a new book about the singer which is titled Starman, has said he believes Bowie, who has not released an album since 2003’s ‘Reality’, will only return if he “can deliver something seismic”.

Speaking to Spinner, the writer was asked if he thought Bowie would ever return to the studio and stage, to wihch he replied by saying: “My heart says he’ll come back. But my head says he’s likely not to. I think he would only come back if he thinks he could deliver something that will be seismic. If you pop back into the stage, it’s got to be something that has a big explosion and lots of flashes. It would be a bit of a miracle if he comes back, but miracles do happen.”

Bowie has not played live since 2006, when he sang onstage with Alicia Keys in New York City and has given no indication he is likely to tour again.