Star's spokesman says there have been 'no negotiations' with any musical 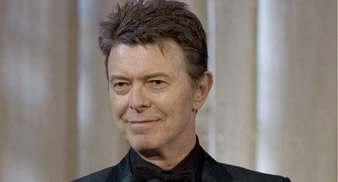 David Bowie has denied that he has given permission for his songs to be used in a new musical.

It was widely reported over the weekend that the singer had agreed to allow his songs to be used for a futuristic fantasy about his life called ‘Heroes: The Musical'[/url], which was reported to be getting its world premiere next March at London’s IndigO2 venue.

But, according to Bowie‘s official spokesman, this is incorrect and neither the singer nor his management are in negotiation for his songs to be used in a musical.

The statement reads: “Neither the David Bowie Organisation, nor its co-publishers EMI Music and Chrysalis, has issued a license for this performance at the O2. There are no negotiations pending for a long running musical featuring the music of Mr. Bowie”.

Deep Singh, who has written ‘Heroes: The Musical’, said yesterday that the production had been granted permission from the singer, but this appears to have been incorrect.

Bowie last released a studio album in 2003 with ‘Reality’ and is widely thought to have “retired” from making music.

Meanwhile, Uncut have launched a new iPad app which allows you to take a look back on the history of the iconic singer.