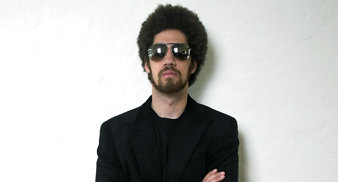 Danger Mouse‘s collaboration album with Mark Linkous from Sparklehorse and David Lynch is to be officially release by record label EMI, after the DJ/producer settled a legal dispute with the group.

‘Dark Night Of The Soul’, which features Frank Black, Iggy Pop and Super Furry Animals‘ Gruff Rhys, was leaked online last year through peer-to-peer sites because of an “ongoing dispute” between Danger Mouse (real name Brian Burton) and the label about its release. Instead, ‘Dark Night Of The Soul’ came out as a picture book featuring photos by Lynch and a blank CD with a sticker saying, “use it as you will” on it.

Now, Burton says the dispute has been resolved, leaving the album available to be officially released.

“The problems of last year are last year, so hopefully it will be out soon in June or something like that,” Burton told BBC News.

An EMI spokesperson confirmed the news, saying: “We can confirm that EMI are working with Brian Burton again, and are delighted to be doing so. Further information on releases will follow shortly.”