Daft Punk have released new mix – and it's all blues. The 15-minute mix samples music by American bluesman Junior Kimbrough, including "I Gotta Try You Girl". It was created for designer Hedi Slimane's Yves Saint Laurent show at last week's Paris Fashion Week. Scroll down to listen to the track, titled "Junior Kimbrough Edited by Daft Punk". 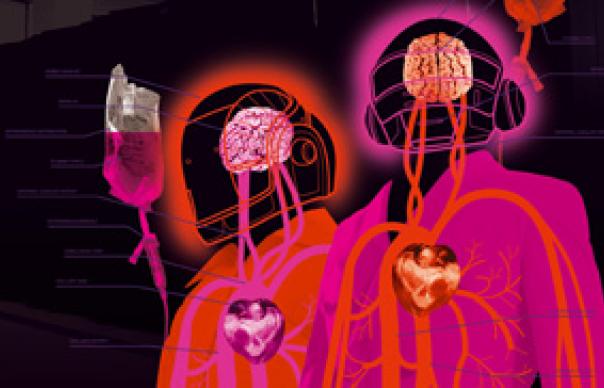 Daft Punk have released new mix – and it’s all blues.

Daft Punk are known to have been working on a new album with Chic frontman Nile Rogers and other collaborators. In August, Rogers said he ranked the work he had been doing with the French duo as amongst the finest of his career. Speaking about the sessions, he told Mixmag: “All I can say is those guys are geniuses and to think that after all these years we’ve been trying to get together, they just show up at my apartment in New York City and the vibe between us is so powerful and so strong – it’s unbelievable.”

Italian disco pioneer Giorgio Moroder is also known to have worked on the as-yet untitled record. Daft Punk’s last album was the Tron: Legacy soundtrack in 2010.