The band are expected to announce a reunion & world-tour 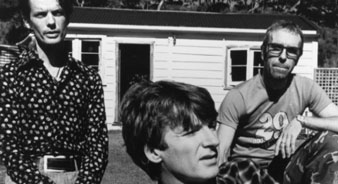 Crowded House are set to reform – a decade after the group’s ‘farewell concert’ at the Sydney Opera House.

The band have already been confirmed as appearing at US rock festival Coachella in May, and are widely expected to undertake a world tour this year. An official announcement is expected this Thursday (January 25).

Details about the reunion began to emerge when frontman Neil Finn and bassist Nick Seymour placed an advert in their local newspaper, The Dominion Post. They were seeking a replacement for original drummer Paul Hester, who committed suicide in 2005.

Neil Finn’s New Zealand publicist, Julia Connolly, told The Dominion Post that: “At the moment, they’re just working at getting the band together.” Something’s formally coming out once the band is in place.”

We’ll announce more details about the rumoured 12-month world tour on Uncut.co.uk. Check back this Thursday.