Countdown To Led Zep: The Biggest Reunion Ever Is Here In 7 Days

Random trivia, celebs' requests, and how to build your own replica gig! 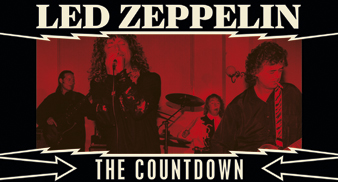 Led Zeppelin, they are coming…

Barring any more unfortunate “gardening accidents”, there’s only one week to go until the biggest reunion gig of, ooh, just about ever takes place at London’s 02 Arena.

Join us this week, then, as celebrity musicians including Jarvis Cocker, John Lydon and Roy Harper nominate the Zep song they’d most like to hear played at O2, random revelations, and our own unique ‘build-your-own-Led-Zep’ reunion concert kit!