Read our online obituary of the E Street legend 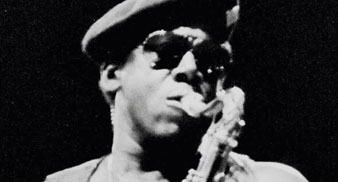 At first glance of the cover of Born To Run, you couldn’t quite tell who or what it was that a grinning, impish Bruce Springsteen was leaning on. The answer was revealed when you unfolded the sleeve, and perceived the debonair figure of Clarence Clemons, rakish hat shading his eyes, saxophone to lips. It’s a perfect allegory for any solo artist’s relationship with his sidemen – they may be partially hidden, but take them away and the guy out front will fall over.

Clemons was born in Norfolk, Virginia, in 1942. He met Springsteen through overlapping connections in the New Jersey rock’n’roll scene of the early 1970s, and became a charter member of the E Street Band, serving with Springsteen from his 1973 debut Greetings From Asbury Park, NJ onwards. In a band unusual for its reluctance to fetishise the virtuosity of its members, or to individual soloists to flaunt their chops ostentatiously, Clemons’ strident saxophone was always given liberal license, and with good reason: his propulsive exuberance was as vital to “Born To Run” as his exquisite melancholy was to “Independence Day” as his keen sympathy with Springsteen’s epic dramatic instincts was to “Jungleland”.

Clemons maintained a fitful solo career, the pinnacle of which was 1985’s “You’re A Friend Of Mine”, a likeable duet with Jackson Browne. Between stretches with the E Street Band, he was sought by other artists, including Aretha Franklin, The Grateful Dead, Twisted Sister – and, most recently, Lady Gaga. He also acted, appearing in Martin Scorsese’s New York, New York and The Wire, among others. It is plausible that he might have done still more extra-curricular work, were it not for a doubtless time-consuming personal life – Clemons was married five times.

Clemons had suffered several health problems, losing much of the sight in one eye to a retinal detachment, and undergoing a double hip replacement, which rendered his immense form all but immobile during Springsteen’s most recent shows. It was hopefully some consolation that a health problem had been at least partly responsible for his career in music to begin with – were it not for a youthful knee injury, Clemons might have been a football player, having tried out for the Dallas Cowboys and Cleveland Browns.

In the second track of Born To Run, “Tenth Avenue Freeze-Out”, Springtseen sings joyously of a revelatory moment “When the change was made uptown/And the Big Man joined the band/From the coastline to the city/All the little pretties raise their hands.” In a post on his website following Clemons’ death from a stroke on June 18, aged 69, Springsteen wrote, in part, “He was my great friend, my partner, and with Clarence at my side, my band and I were able to tell a story far deeper than those simply contained in our music.” Clemons’ legacy is formidable: a musician who made great songs even better.
ANDREW MUELLER