Public Enemy's Chuck D has spoken out about the two new studio albums that the hip-hop group will release later this year. 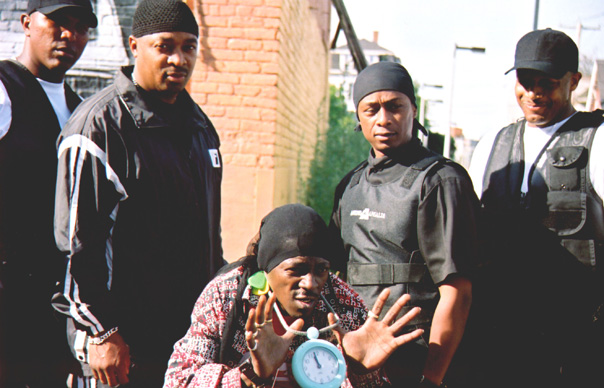 Public Enemy‘s Chuck D has spoken out about the two new studio albums that the hip-hop group will release later this year.

‘Most Of My Heroes Still Don’t Appear On No Stamp’, produced by long-time collaborator Gary G-Wiz, will be released this summer, while ‘The Evil Empire Of Everything’ will follow in the autumn.

Speaking to Billboard about the records, Chuck D said the albums were “twins, fraternal twins – not identical, but they will talk to each other”.

He added that much of the concept of the albums rests in the fact that they are simply releasing two records. He explained that: “The statement with these albums isn’t so much just within the content but in the audacity of the release, just like, ‘What the hell? Two albums that bookend the summer? What the hell?!’ But we know we’ve got a fanbase that’s kind of used to albums because we were the first to come along and kind of bring a concept album to the hip-hop marketplace. So we oblige this year by doing not one, but two.”

The albums will feature guest appearances from the likes of Henry Rollins, Rage Against The Machine‘s Tom Morello and DMC.

Last week it was announced that Public Enemy would be joining the bill for this summer’s South West Four Weekender.

The festival, which is in its third year, will take place on August 25–26 on Clapham Common in London, with Chase & Status headlining the opening day (August 25) and Skrillex closing the show on the final day (August 26).