Check Out These Albums! 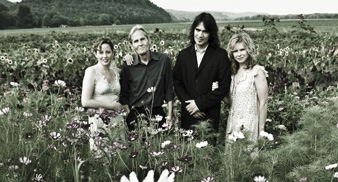 Uncut.co.uk publishes a weekly selection of music reviews; including new, reissued and compilation albums. Find out about the best here.

This weeks’ new album reviews published online include the return of The Band‘s vocalist Levon Helm (pictured above).

With producing help from Bob Dylan‘s sideman Larry Campbell, Helm is “content to be a kind of newgrass revivalist, bringing this old mountain music up to date” according to Uncut’s reviewer Barney Hoskyns.
Check out the four-star review of ‘Dirt Farmer’ here.

Also released on next Monday is Duran Duran‘s latest studio effort ‘Red Carpet Massacre’. Their comeback of sorts is aided by Timbaland and Justin Timberlake and their track “Nite Runner” “they’ve produced their best single since 1986’s ‘Skin Trade’ according to reviewer Strephen Trousse.

Check out the review of ‘Red Carpet Massacre’ here.

With Led Zeppelin fever running at an all time high – preceeding the band’s reunion concert at London’s 02 Arena next month, Led Zep’s new compilation ‘Mothership – The Very Best Of Led Zeppelin is here.

For more on Young, check out the latest edition of UNCUT magazine, for an exclusive interview with the reclusive rock star.

For more reviews from the 3000+ UNCUT archive – check out www.uncut.co.uk/music/reviews.

All of our reviews feature a ‘submit your own review‘ function – we would love to hear if you agree with our reviews, or if you simply want to tell us about the good stuff that you’ve heard lately.