Oscar winning star of El-Cid and Ben Hur was 84 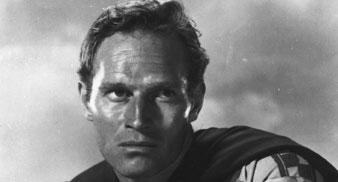 The Hollywood legend Charlton Heston has died yesterday (April 5) at his home in California, aged 84, his family have reported.

Heston, who starred in many of the defining epics of Hollywood’s golden age — The Ten Commandments, El-Cid and the multi Oscar-winning Ben-Hur — had been ill for several years. He’d beaten prostate cancer, but in 2002 he revealed he was suffering from Alzheimer’s disease.

Since the 1980s, Heston’s acting achievements were overshadowed by his role in the National Rifle Association, of whom he was elected president in 1988.

Levine said: “If Hollywood had a Mount Rushmore, Heston’s face would be on it. He was a heroic figure that I don’t think exists to the same degree in Hollywood today.”

A private memorial service is to be held.

For a full tribute to Heston, click here to go to Michael Bonner’s film blog by clicking here now.