Promoter was pivotal in helping launch The Beatles... 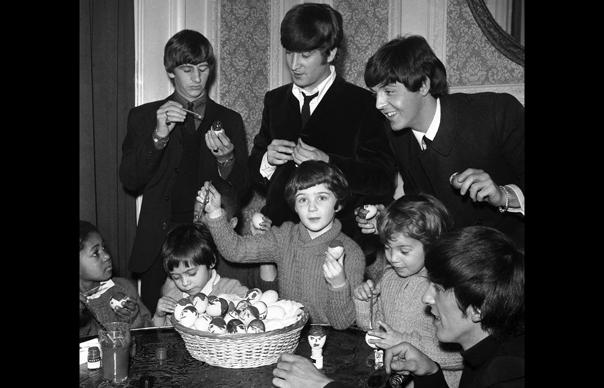 Promoter was pivotal in helping launch The Beatles…

Former Cavern Club owner Ray McFall, who helped launch The Beatles‘ career by booking them to play at the venue, has died aged 88.

The Liverpool Echo reports that McFall, who turned the Merseybeat scene into one of the most popular musical movements in the world in the ’60s, died yesterday evening (January 7) although the cause of his death is unknown.

McFall first began running The Cavern Club in 1959 with the help of compere Bob Wooler and helped improve its fortunes by changing it from a jazz venue to a club that would support rock’n’roll.

Cavern Club director Jon Keats told the BBC: “It was Ray who opened it up to those early Merseybeat sessions, which led to the whole Merseybeat explosion. It was completely his vision that moved the club forward, with what turned into the huge Merseybeat explosion and The Beatles’ success and Gerry and the Pacemakers and all the main bands. He changed The Cavern completely and allowed the rock’n’roll into the club.”

The Beatles first played at The Cavern Club for a lunchtime session on February 21, 1961 – although he later revealed that the scheduled gig had almost never taken place due to to the strict dress code he enforced which prevented punters from wearing jeans. George Harrison arrived for the show wearing denim, but convinced the doorman to let them perform anyway.

“The Beatles were sensational and I was smitten,” said McFall later. “Completely, Absolutely, Instantly. I stood at the side, between the pillars, about halfway up the hall, and as soon as they started playing I was captivated by them.

“From that very first day, there was no stopping them,” he added. “I said to Bob: ‘What other lunchtimes have they got? We must have them regularly.'”

The Beatles went on to play at the venue 292 times in total, while other groups such as The Rolling Stones, The Who and The Yardbirds also all performed at the club. The venue closed in 1973, but in 1984 a replica was built on the same site. In 2003 Cavern City Tours said they were planning to open Cavern themed venues across Europe and North America.