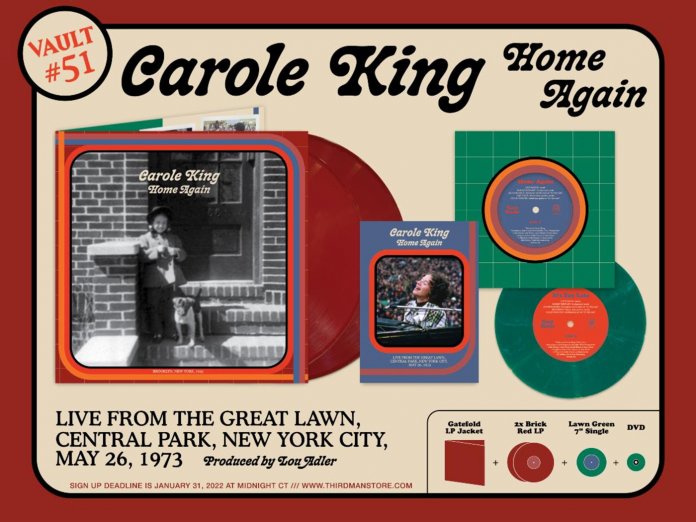 The previously unreleased show was recorded in front of an audience of 100,000 people at Central Park’s Great Lawn on May 26, 1973. It caught King at the peak of her powers, just ahead of the release of her Fantasy album.

The concert is released by Third Man as part of their subscription-only Vault series.

Produced by Lou Adler and released in conjunction with Ode Records and Sony Music, the package for Carole King Home Again includes two LPs on brick-coloured vinyl, with one side dedicated to a graphic etching of the Fantasy tour logo. The gatefold jacket and printed inner sleeves feature photos from the concertrt, while the professionally-filmed performance is presented here in its entirety on DVD. Exclusive to this set is a 7-inch single containing Lucy Dacus‘ covers of “Home Again” and “It’s Too Late”, both of which were specifically recorded for this package.

For more news about Carole King, keep an eye out for the new issue of Uncut.